7 China Decades, 7 Blockbuster Comedies: What each film reveals about its era, and today

The term “blockbuster” is a bit of a misnomer. Filmmakers setting out to make some deep statement on life or gunning for massive box office returns often meet with disaster. As William Goldman famously professed, in Hollywood “nobody knows anything.”

Many more films are successful by accident. Their writers tap into the powerful unconscious forces of their time, and romanced by a willing muse, capture the mood (the hopes and the fears) of their time. We’ll leave it to your judgment to consider whether “life reflects art” or “art reflects life” in the following seven films which captured the imaginations of legions of Chinese over the last seven decades: 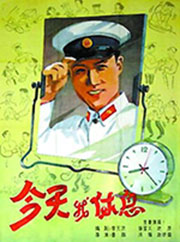 The story of a dedicated young police officer named Ma whose boss’s wife arranges a date for him on his long-awaited day off. On his way to meet this special woman and amped with expectation (he’s broken several previous dates), Ma stops to help a farmer rescue a drowning pig, helps a desperate mother rush her sick child to the hospital, even helps a man find his lost wallet. Arriving late and feeling defeated, he instead discovers the woman is highly impressed by his chivalrous escapades, including saving her father’s drowning pig.

This 1950s classic, based on a real police story, was released on the 10th anniversary of the People’s Republic of China. The homespun romantic comedy resonated with the era’s “Lei Feng” selfless service ethos – by sacrificing his personal leisure time (even a potential wife!) for the benefit of others, he is rewarded in the end – and by contrast shames those to whom personal happiness matters more than the good of the whole. Traces of this mindset still exist without the harsh judgment, which has been replaced by the modern notion, “you have to take care of yourself in order to be able to take care of others.” 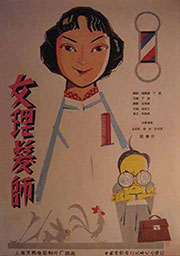 Hua is a woman who values her job, despite her husband’s negative view of her leaving home every day to work and his overall bias against the service industry. Each time he gets his hair cut with his favorite barber (time to momentarily suspend your disbelief) he takes off his thick glasses and enjoys chatting with the masked barber, until, you guessed it, he discovers this highly competent barber is his wife.

The comedy encouraged women to release conventional stay-at-home expectations and voiced the need for workplace equality. During an era of government 广播体操 guǎng bò tǐcāo “broadcast gymnastics” and other instructional propaganda, this type of didactic film assumed a prominent role in the educational policy landscape.

A movie built around three main plots involving two families: Mother Tang resists a mandated sterilization surgery and keeps going for the coveted son after giving birth to six girls. Daughter Tang postpones her wedding until she succeeds on a farming project. Mother Tian tries to convince herself that letting her son go off to live with his in-laws doesn’t mean she’s forever losing a son.

The 1970s decade witnessed the launch of China’s single-child policy, with more than one film seeking to redefine the family in the collective mind of society. Stories reinforced the novel concepts that more children means more troubles and that having a girl also has its virtues. The earlier notion of holding careers dedicated towards the well-being of the country continued, with the concept of a personal life with selfish interests not so subtly discouraged. 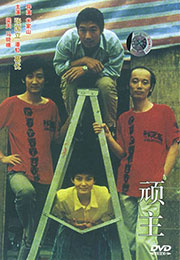 Three young urbanites open a company with an appealing proposition: We solve your problems. Even become your scapegoat.

Their clients include a physician who doesn’t know how to handle his girlfriend; a man who wants to outwit his wife; a writer whose craving for awards needs quenching; and on and on. Naturally, they get themselves into big trouble of their own. They end up shutting the business, only to find a long line of people outside clamoring for their services.

The Troubleshooters illustrated the newfound freedom to pursue happiness and personal gain in the decade following Deng Xiaoping’s famous “it’s glorious to get rich” pronouncement of 1979. Movie production moved beyond propagation of values to focus on a picture’s audience appeal and profitability. The Shaolin Temple (1982), Jet Lee’s debut film, reportedly made RMB 120 million at the box office with tickets selling for just 10 cents each. Hmm, if those numbers are right, some diehard Jet Li fans must have seen it nine or ten times. 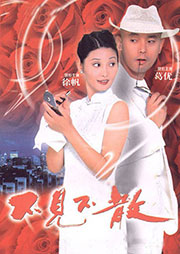 不见不散 bù jiàn bú sàn (lit. be there or be square)

Liu, a Beijing native living in Los Angeles, performs odd jobs to survive and remain in the States. Li arrives, also from Beijing, hoping to make good on her dreams. One fortunate coincidence after another brings them together, just as accidents and troubles push them apart. Their true feelings remain veiled until a life-threatening incident breaks the ice and prompts bold action on their feelings. The Hong Kong film Comrades: Almost a Love Story (1996) follows a similar yet more sentimental storyline.

Many movies and TV shows of the 1990’s featured stories of Chinese immigrants going abroad to the U.S., Japan, Australia and elsewhere then struggling to adapt in their new homelands. Giving up the dream and returning home was seen as the option of last resort. 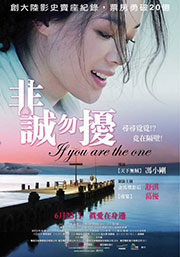 Qin is a single 海龟 hǎi guī “overseas returnee” who became rich overnight. He then tries to find his Ms. Right using a marriage post, only to find himself in one embarrassing, deceitful and disappointing romantic situation after another. There’s only one girl he’s fond of, but she’s still tied up in a messy relationship. Finding true love films never go out of style, and this one aligned this romantic idealism with a powerful optimism in China’s future prospects. 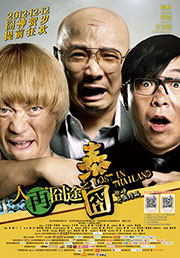 Successful businessman Xu creates a magic gas enhancer. He and his partner disagree over how to monetize the invention, so they each rush off to secure authorization to act from their third partner. This quest takes Xu to Thailand, with endless adventures and challenges. In the end, he discovers that by losing something important you can gain something more important.

The storyline and heroic arc aren’t new, but this was a watershed film for China. The first blockbuster to exceed 1 billion yuan, it took in an incredible RMB 1.2 billion at the box office. Greeted by mixed reviews critical of its lack of meaning or substance, audiences responded with relentless praise for its value as “a pure zero-pressure comedy.”

A deft plot built around a business conspiracy, it tapped into society’s deep mistrust of business, with people still reeling from milk powder scandals and revelations of endemic corruption. More importantly, it played into a Chinese yearning for life experiences fueling an unprecedented surge in tourism which from 2001-2011 recorded a six-fold increase of overseas tourists from 12 million to 70 million.

Where to from here?

If the current box office leaders are any indication, we’re in for more lighthearted Chinese comedies and high concept Hollywood action films. The myriad of rising material pressures, from the “upside down pyramid” of societal support to random disruptive leaps in technology, are a new fact of life. Here in China, as elsewhere on our planet, people need the two-hour escape more than ever.

The bottom line — We’re entering an incredibly bullish new era in entertainment content, screened and streamed to meet insatiable consumer demand for stories that resonate with their lives.

Fall in love with your feet! Healing through foot massage, acupressure and reflexology

Fall in love with your feet! Healing through foot massage, acupressure and reflexology