First we must ask ourselves: what constitutes “speaking” a language? Can we claim Lithuanian proficiency if we banter with a taxi driver in Vilnius? Is negotiating the purchase of a cow in Nairobi sufficient for us to say we’re speakers of Swahili? And is it enough if we crack a joke in Urdu and get a laugh? It’s more complex than that.

The term “mother tongue” derives from our most basic human connection, mother and child. In The Mother Tongue, Bill Bryson tells the splendid tale of how English was the underdog of all language underdogs but overcame its humble Germanic origins to outlast Latin, Gaelic, French and other powerful champions of the past. Given its meteoric ascension, we would be foolhardy indeed to assume English will dominate the language landscape forever and a day. So without further ado, let’s have a look at three reasons…

Why Mandarin is unlikely to overtake English

A recent Reuters article comparing US & China exchange student enrollment reveals that the number of US students studying in China (2012-13) decreased by 3.2% to 14,413, while the number of Chinese students studying in the US (2013-14) jumped 16.5% to more than 274,000. While exchange students are only one small piece of a larger puzzle, most of the data online suggests that the unstoppable “let’s all study Chinese” trend of five years ago has cooled a bit, at least for the short term.

2. Learning Mandarin is still widely perceived as too difficult

In our book China Simplified: Language Empowerment we affectionately refer to Mandarin as the easiest (and hardest) language in the world:

Imagine a galaxy far, far away, where everyone uses much simpler grammar, nobody bothers with singular and plural, masculine and feminine forms don’t exist, past/present/future variations are a piece of cake, and there are no complex verb conjugations. Sound too good to be true?

It’s easy to get started using the Romanized version called pīnyīn 拼音 (lit. “spelled sound”) which gives a direct phonetic shortcut to any character. The hard part, mastering tones (Mandarin has four, Shanghainese has eight, Cantonese has nine) and memorizing the character set (3,500 commonly used) in order to become fully proficient, is daunting indeed. After a quick ROI assessment, many potential students decline to take the plunge. 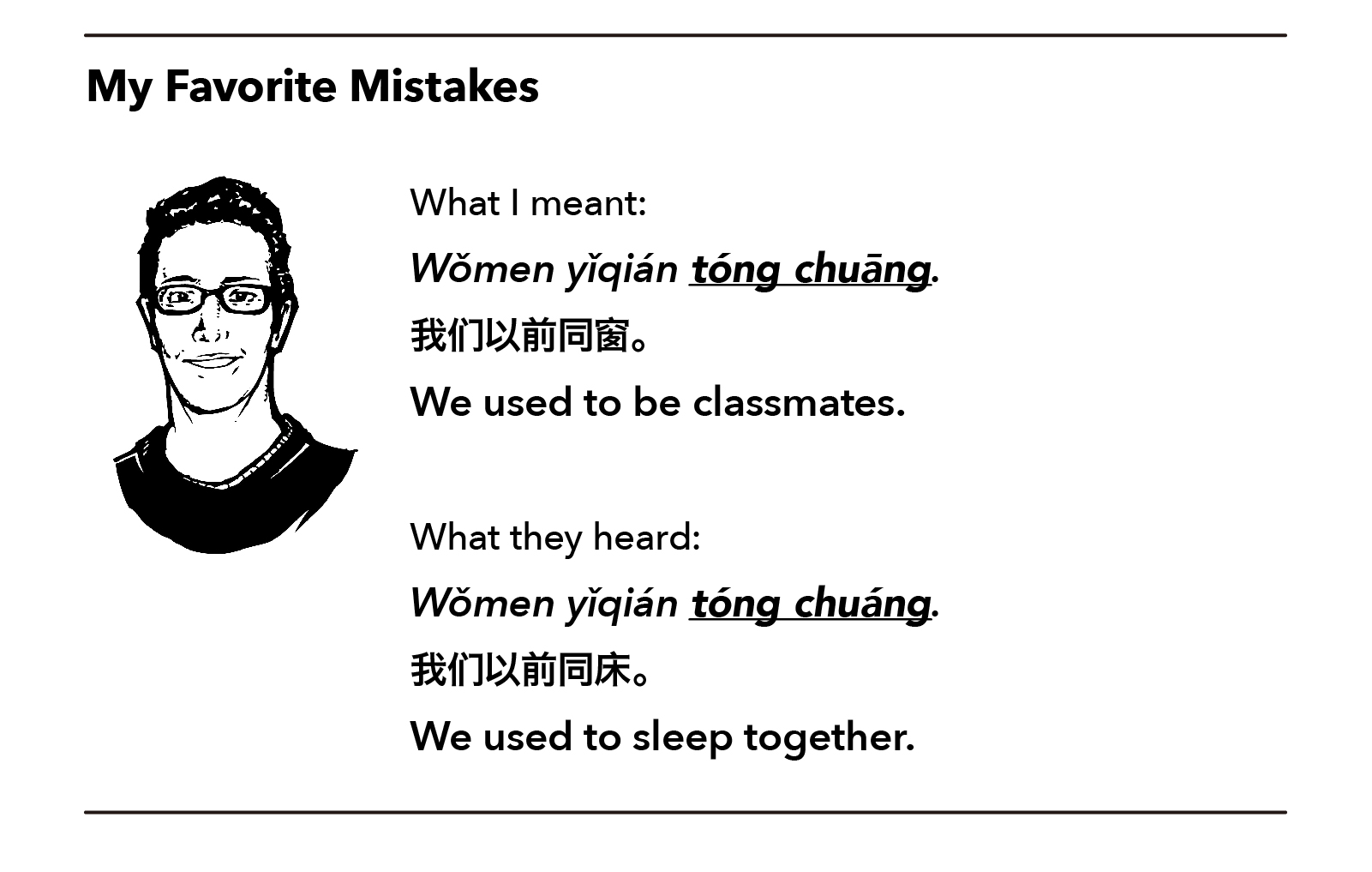 Mandarin still has a steep path to climb towards worldwide acceptance. Less than 20% of its one billion plus speakers are second language speakers. Compare that with the current dominance of English, in which, according to author and speaker Fredrik Hären, we could select any two random people speaking English right now on the planet and there’s only a 4% chance that both are native English speakers.

Moreover, despite all the effervescent glee in the business press, the “Asian Century” is far from guaranteed. Japan appeared destined for dominance in the 1980s, only to fall back into the pack when limits to its economic model emerged. China has impressed everyone with its achievements over the past 35 years, lifting hundreds of millions out of poverty. The next 35 years are much more uncertain. 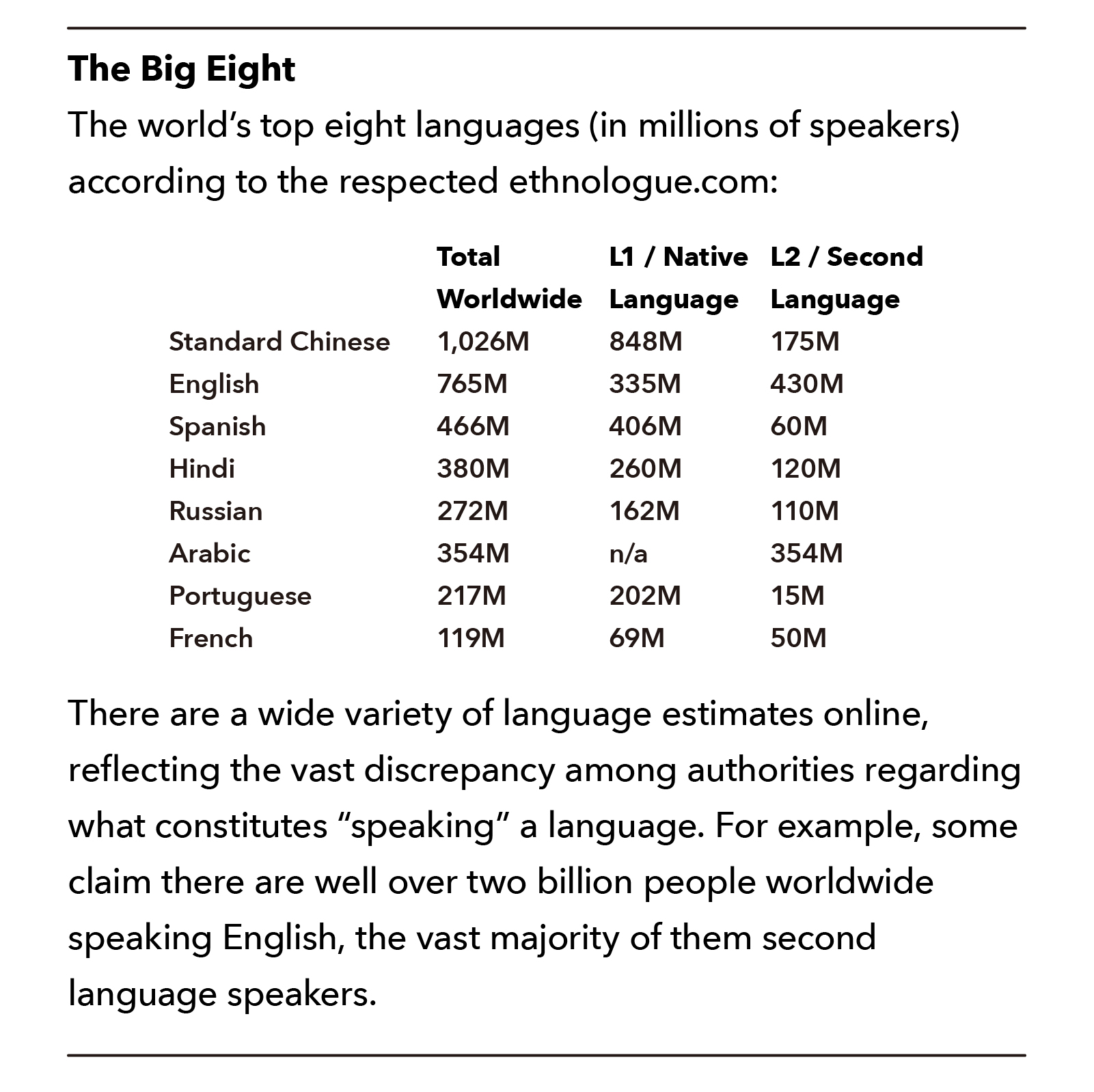 After listing the reasons why he considers English the easier language, Jorge Araya in his Harvard Crimson post sums up the second language dilemma by stating:

It seems that much of the resources currently dedicated to teaching Mandarin as a foreign language are simply wasted. Seen from a purely objective economic viewpoint, it is far more efficient to have a native Mandarin speaker learn English than vice-versa, or for someone who speaks neither language to learn the latter. Less overall effort is required, and correspondingly energy can then be redirected to more productive activities. The end result is the same, as long as both parties are able to communicate.

Surely all the native English speakers out there are on board with that assessment. Nonetheless, Mandarin’s days as an underperforming second language may soon be over. Here are three reasons…

Dr. Victor Mair in his Language Log discusses how modern digital tools are revolutionizing the study and usage of Chinese. For example, why should we practice writing thousands of characters over and over again when on our devices will handle that drudgery for us? Our time can thus be spent in more productive areas, such as real world speaking practice and increasing our vocabularies.

Powerful new technology is combining multiple professional dictionaries into one speedy app (Pleco), facilitating production of a plethora of modular lessons (ChinesePod and Popup Chinese podcasts), and organizing and leveling all the grammar patterns you ever need to learn (the AllSet Learning Chinese Grammar Wiki). All this offers Mandarin students an accelerated pathway to optimized language learning success. John Pasden, AllSet’s Founder and CEO, explains it this way:

It has always felt like it’s way more work to learn Chinese as opposed to other foreign languages. Even respected scholars call learning Chinese “damn hard.” Fortunately, technology is helping to close the gap, but it can’t make Chinese itself “easy.” Learning a language is always going to take plenty of time and effort. Chinese characters are always going to mean a little more work, but thanks to technology, it’s becoming manageable.

The biggest problem is many students have yet to fully leverage these tools in their learning process and are still doing things “the hard way.”

2. China is destined to reclaim a prominent role in the world

The strongest argument for the growth of Chinese language is pure economics. In the decades ahead, China will surpass the United States to become the world’s largest economy and speaking Mandarin offers a quick ticket to capitalize on that megatrend. It’s hard to argue with reality – we live in a material world and people do tend to follow the cash. As a country goes, so goes its language. The long term China opportunity for upcoming generations is alive and well.

What’s more, English could be following the path of vulgar Latin, which left a modern legacy of nearly fifty thriving Romance Languages including Spanish, French, Portuguese, Italian, Catalan and Romanian, yet by the 16th century Latin had diminished in mainstream usage beyond the Catholic church and the hallowed halls of European lawmakers. Across the 170 countries in which English is now considered an official language, members of our English-speaking diaspora are perfectly happy using mutually unintelligible vernaculars with no compulsion whatsoever to mirror the Queen’s English. The language now belongs to everyone. Meanwhile, China to race full steam ahead towards a standard Mandarin.

3. You don’t have to relocate to China; Chinese are coming to you

Even if you have no plans to live in China, a decent Mandarin ability offers significant advantages when interacting and collaborating with the ever increasing numbers of Chinese traveling and relocating overseas. Despite the ubiquity of “made in China” products, Chinese companies and their soon-to-be-household brands will need to hire vast numbers of foreign nationals to staff their overseas offices. Again, some Mandarin skills can’t hurt there.

Becoming highly proficient in Mandarin isn’t easy. But who cares? We don’t avoid learning to bike just because we might never win the X-Games. And we can start enjoying cooking classes on day one, without stressing over whether we’ll ever become Michelin 3-star chefs. And if over a BILLION people already speak it, how hard can it be?

We’re wondering how much longer it will take China to figure out the math. Start with a billion adult native speakers. Buy them smartphones. Give them high-speed internet. And in return, they each teach one foreigner to speak basic Mandarin. Instant lingua franca! Short of that kind of miracle, English appears poised to remain the front runner of the 21st century.

What about the 22nd century and beyond? Your guess is as good as ours, though wem anticipate a thriving world of amazing ideas being expressed in both broken English and broken Chinese. 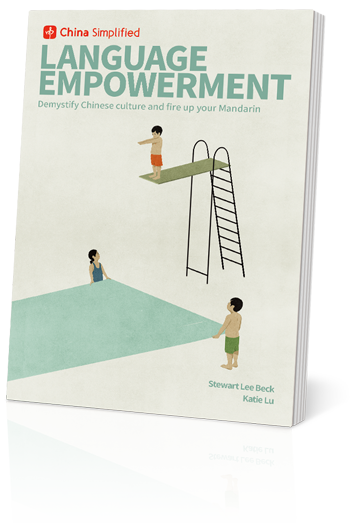 China-savvy producer Stewart Lee Beck and language professional Katie Lu take you on an entertaining journey to the heart of the Chinese language to deepen your understanding of China and its people.