The Hippocratic Oath directs physicians to prevent disease and act to the benefit of the sick. For their part, patients seek out surgeons to diagnose, cure, reconstruct, replace, transplant or palliate in the hope that they will stay healthy and feel better. The surgery to create an “unnatural man,” whether performed by a professional in castration specialist house, or at home by a careless father, often with disastrous consequences, enabled the resulting eunuch to disconnect from desire and fully devote himself to his master, or so it was believed. Castrated men, among their many varying definitions, from organs rendered unusable to partial or complete organ removal, appear in historic records and sacred texts from ancient Greece and Rome, to the Middle and Far East. A Time article even explores the history of Korean eunuchs and poses the question, “Do eunuchs really live longer?” 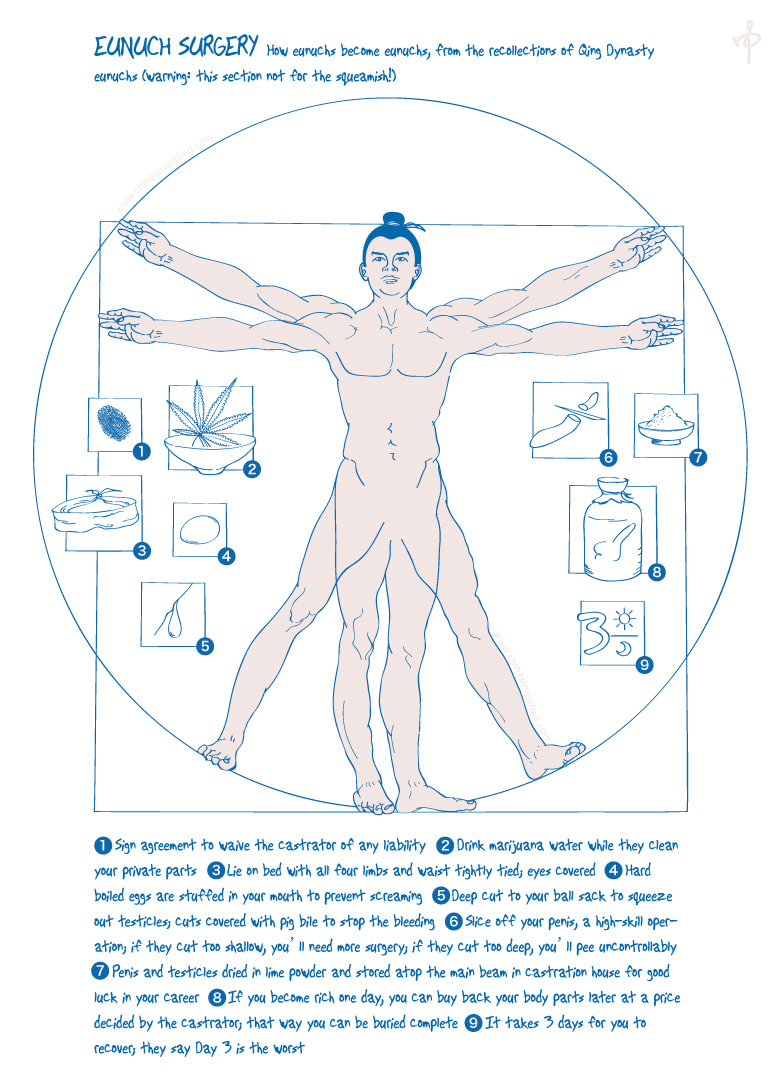 Since antiquity, eunuchs were mostly young boys forced into the “cruelest cut” for imperial upward mobility, or captured men facing a life of indentured servitude within a foreign culture. Eliminating their ability to procreate, and hence to start a new dynasty, made them ideal harem guardians and trusted advisors within the inner sanctums of the ruling class. Those most pleasing to the eye might become “favorites” of the court, supplying certain special services beyond the realm of political guidance. This pain and sacrifice, for the luckiest of these unnatural men, was seen as a small price to pay for the massive elevation in power and prestige.

The Chinese eunuch’s ultimate wish is to be buried “whole” again. The specialized surgery house, by agreement, was to safeguard their precious bits, so that upon death, these incomplete beings could be made complete again for burial, even when forced to pay a heavenly price. Otherwise, the eunuch’s last hope of respect and equal treatment in the afterlife, was forever lost.

Who were the most famous eunuchs in Chinese history?
Read Part Two: Legendary Chinese Eunuchs – How They Made History 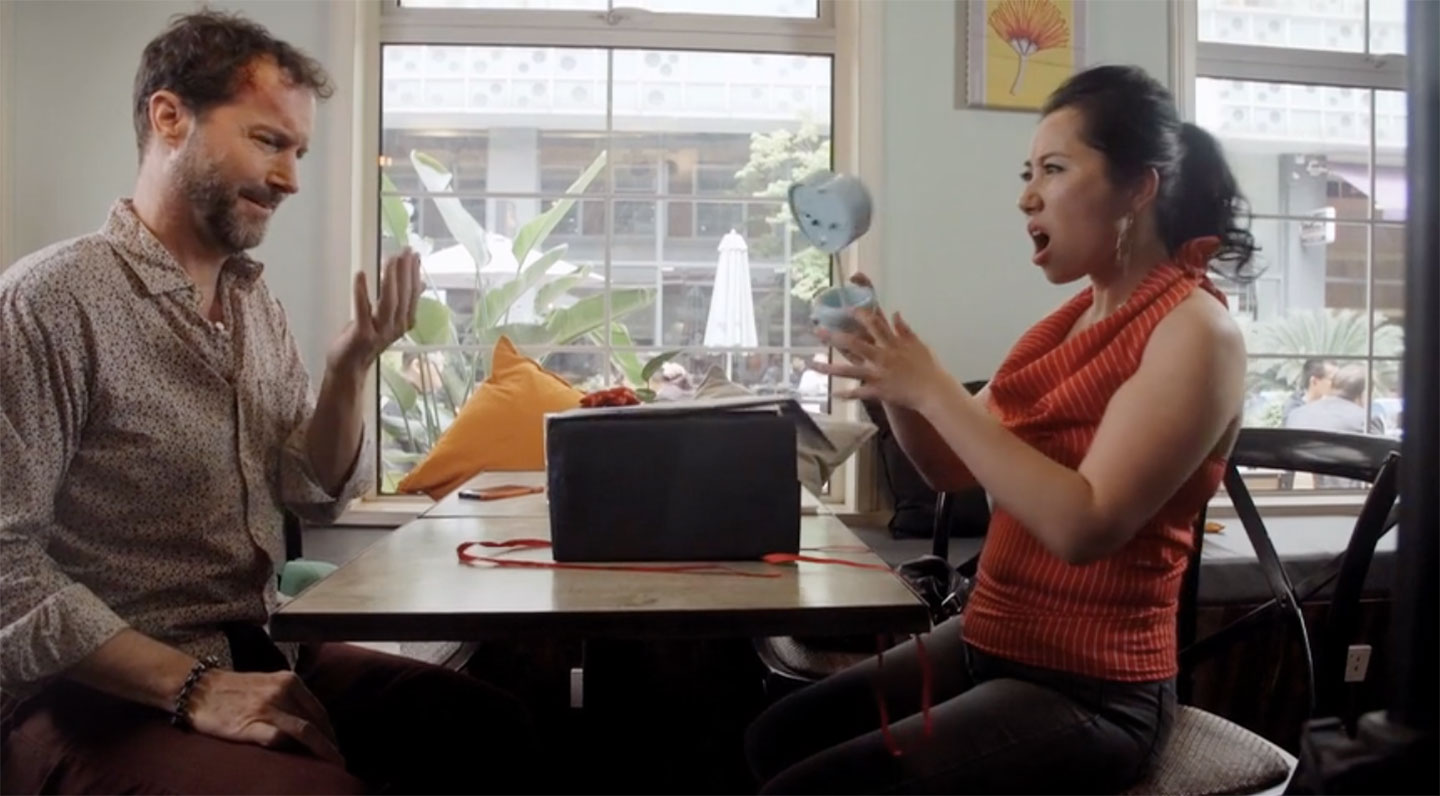