Halloween is coming fast! Is your costume ready? To kick-start your creative process, here’s our shortlist of five Chinese culture-inspired Halloween costumes guaranteed to spark interest at parties, or at least generate a few good laughs while you’re trick-or-treating:

The perfect ensemble costume for going out as a group. Come with 3 friends or 33 friends. Enter together or arrive separately. It doesn’t matter. After all, the original Great Wall 长城 chángchéng wasn’t a continuous flow of bricks. 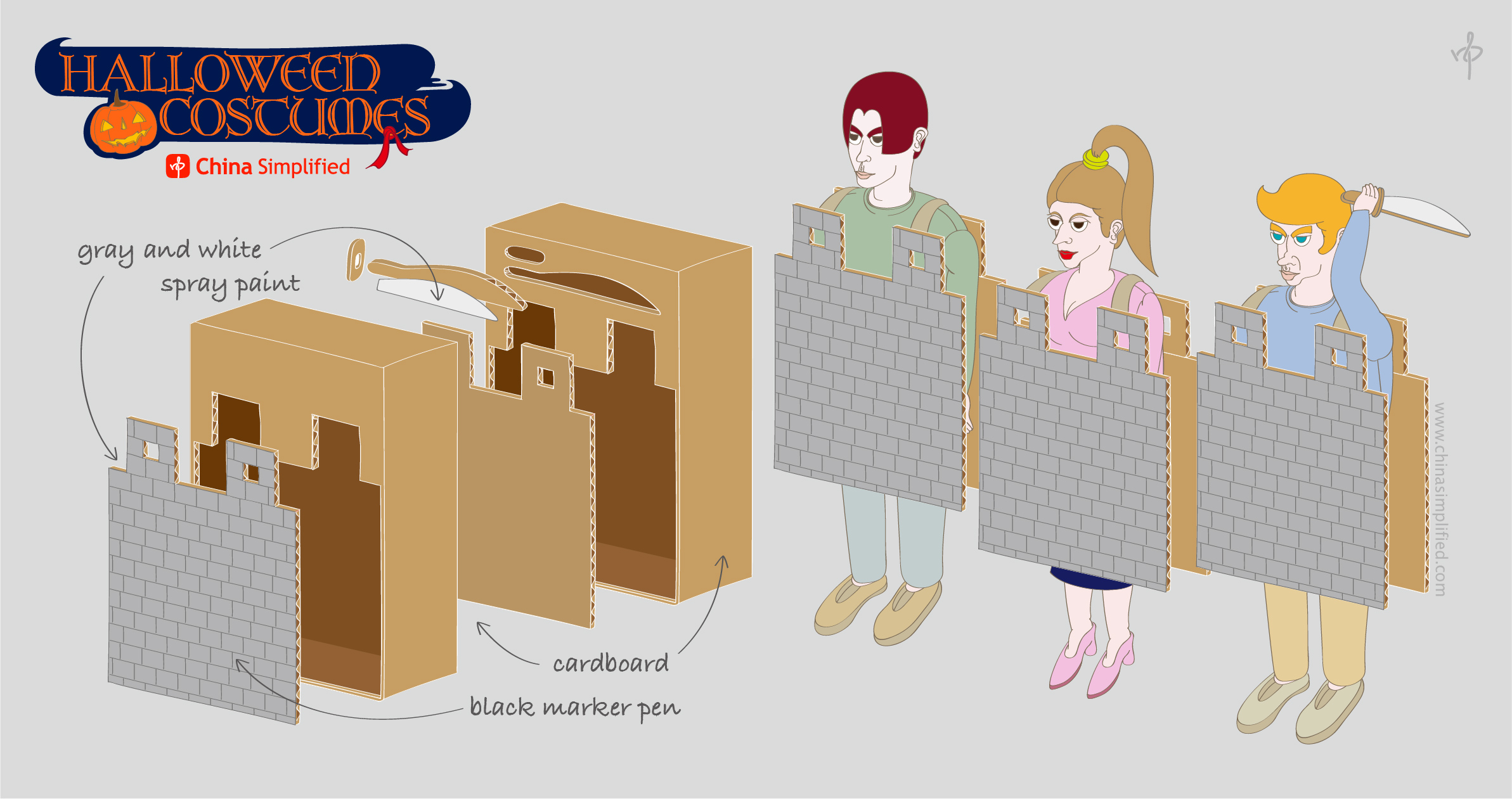 To pull off the 僵尸 Jiāngshī Chinese Vampire costume you need the signature yellow patch (like a post-it note over your face) and frightening body movements. Jiangshi move by jumping, body stiff, arms out straight. Go solo, or with other Jiāngshī péngyǒu in a coven of vampires. 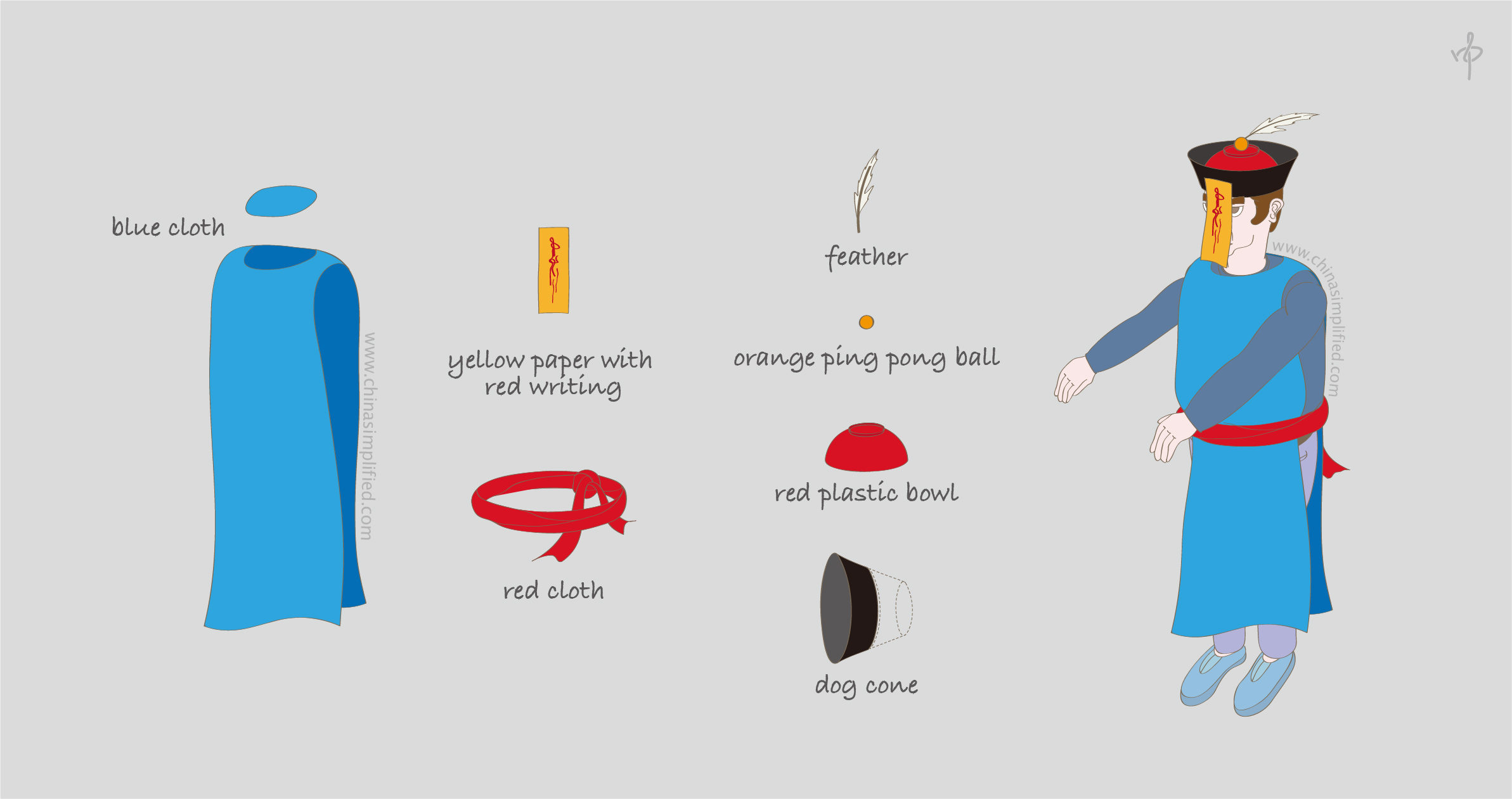 Choose your version: the simple white-robed Guānyīn 观音 aka the Goddess of Mercy (shown here) or the complex thousand-armed bodhisattva, able to reach out to help many people. The Goddess of Mercy carries a willow branch (symbolizing adaptability) and a vase of water (the dew of compassion), though in a crunch, you could probably get away with a house plant. 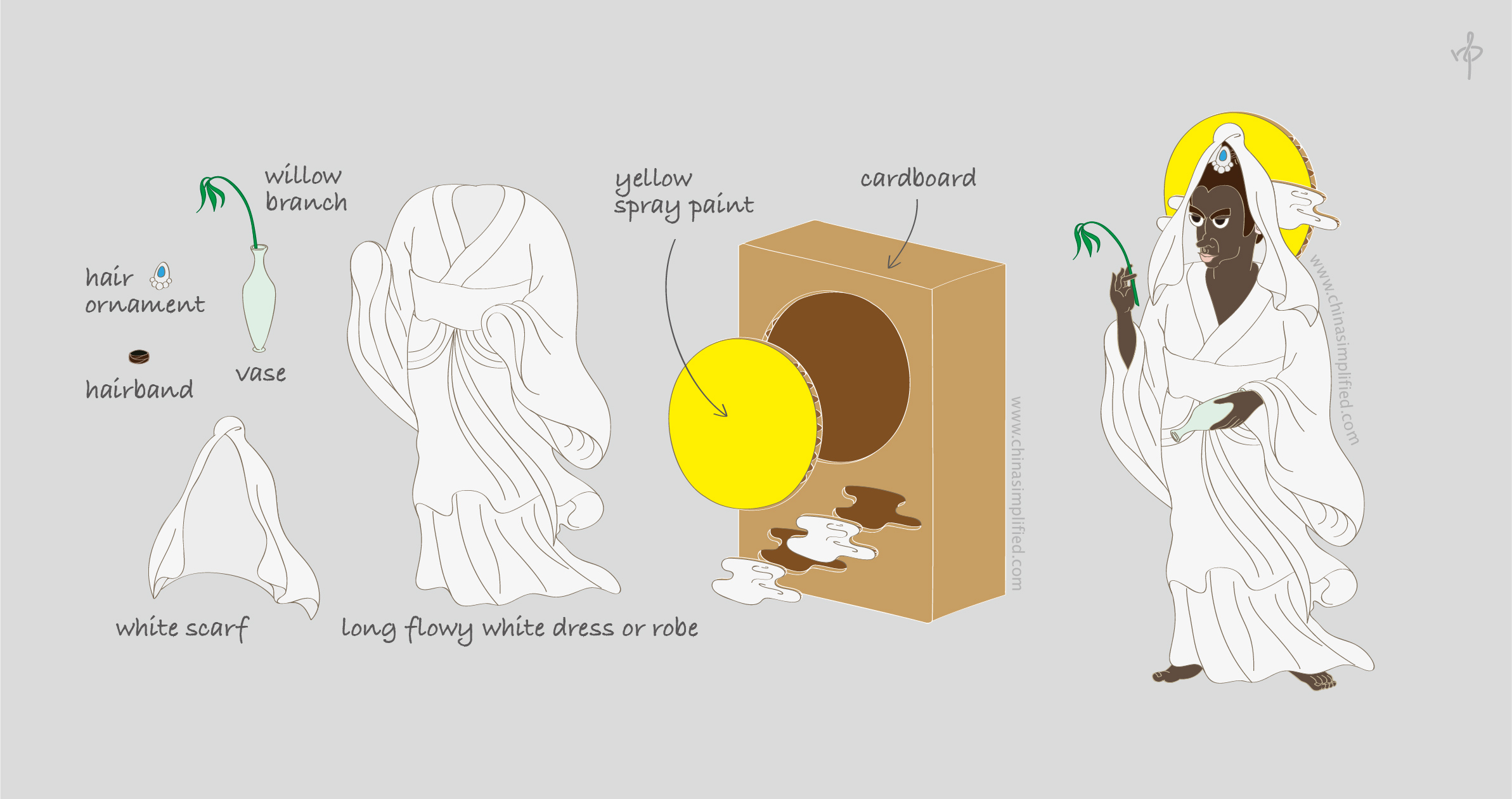 Want to be an instant icon, one of the 5 billion copies of the world’s most printed book, for your Halloween Party? To bring your experience up a notch, memorize a few lines from Chairman Mao’s collection of 400 quotes and recite them when the opportunity arises. 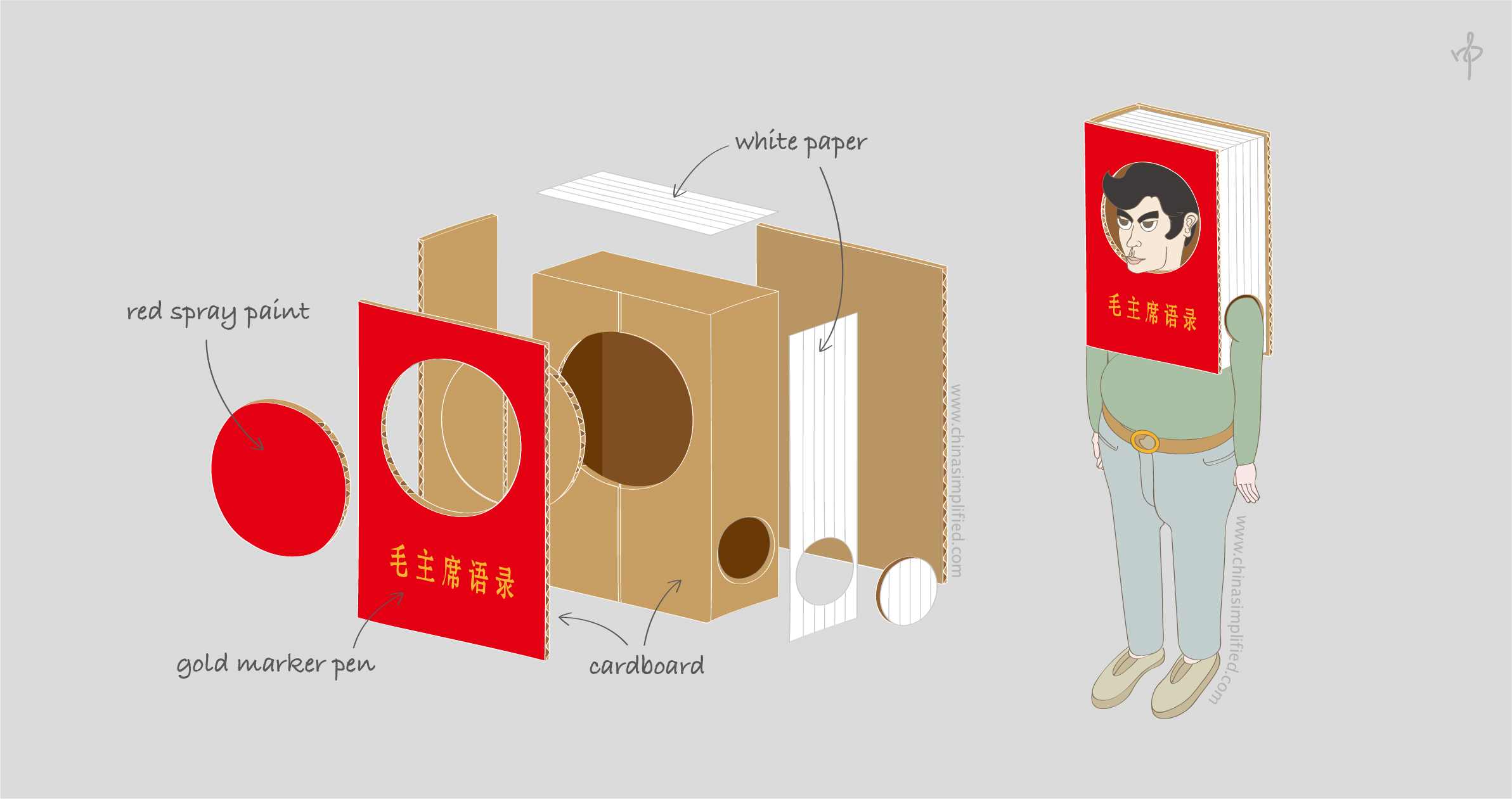 The modern metropolitan option. Any body shape will do. All you need are three spheres of different sizes and a bit of imagination to make this work. 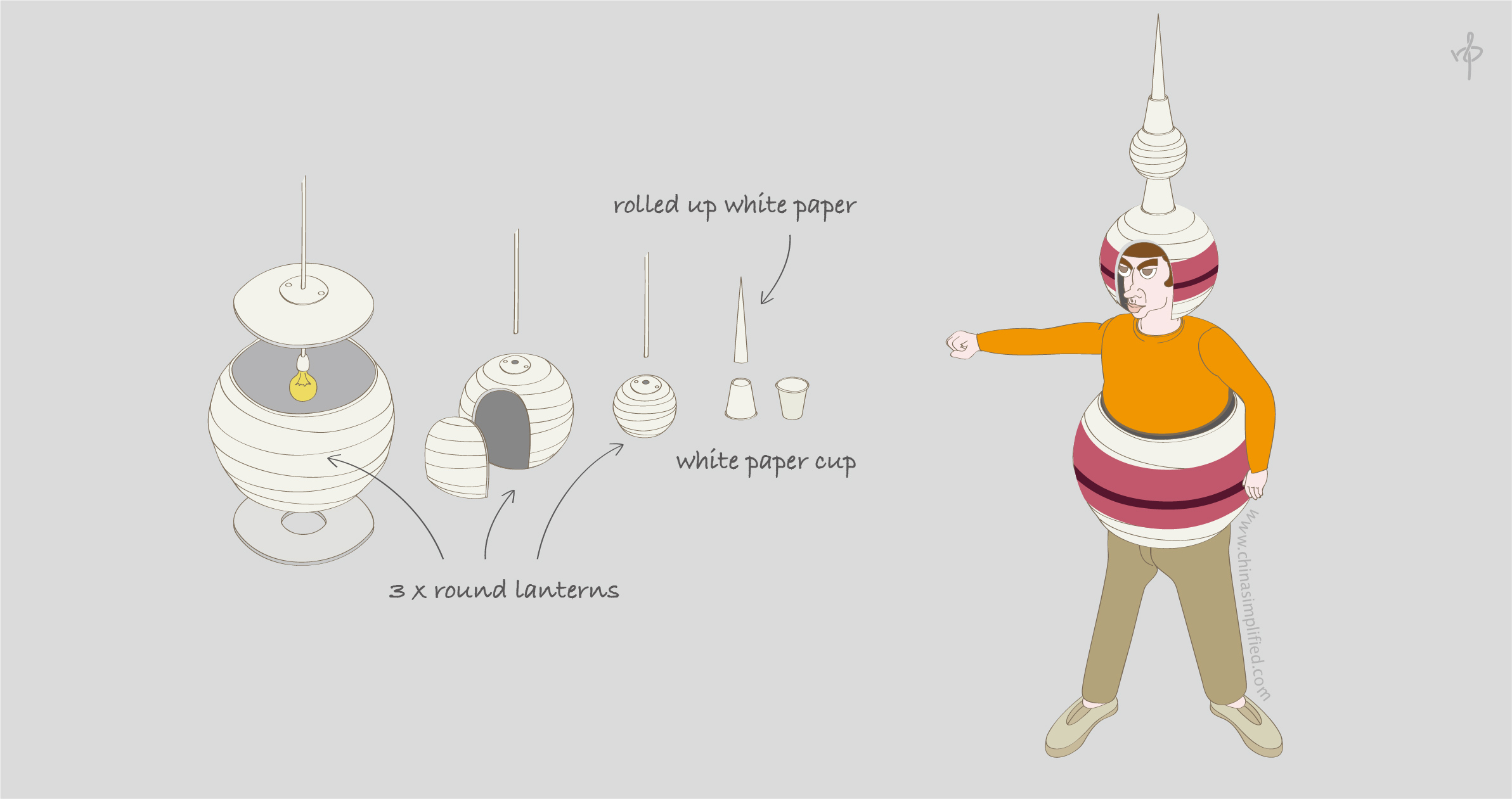 With clever costume construction and a creative personalized performance, you’re in for an entertaining Sinologist’s Halloween night.

Didn’t see a costume concept you like? Feel free to share your own ideas in the space below.